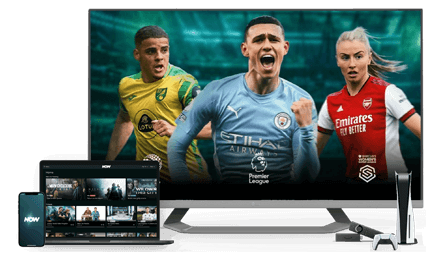 Does Sky own Now TV?

In short, yes it does! Now TV was founded in 2012 as a division of Sky Limited. Now TV was originally just a TV streaming subscription service trying to rival Netflix. But, in 2016 Now TV launched 'Now Broadband' to it’s UK customers with phone and broadband packages starting from just £18 per month including line rental, or fibre broadband from £22 per month.

Is Now TV as good as Sky TV?

It’s hard to see why anyone would join Sky TV when Now TV can stream Sky cinema, Sky sports, and 1000’s of ad-free children TV episodes without a contract. Now TV can also offer other channels that won’t be found on Freeview like: Sky One, Sky Atlantic, MTV, Gold, Discovery channel and more.

Now TV is all about flexible, hassle-free TV. One of the advantages of Now Broadband over it’s sister company Sky is the option to sign up without a contract. Customers who are happy to sign up to a 12-month contract will get a reduced rate. Dip in and out for a month whenever you choose. It’s perfect for keeping children entertained during the summer holidays. Or, add Sky Cinema pass for a treat over the Christmas period.

Both Now TV and Sky offer a broadband package, but to be honest - they are practically the same. They both use the same Openreach network and offer an average download speed of 11Mb for standard broadband and between 36Mb-63Mb for fibre broadband.

When it comes to the amount of TV channels available, SKY wins hands down. Now TV will work out cheaper if you only want select channels, or only want Sky cinema passes to entertain the children during the holidays. Other things to consider are that Sky TV generally offer a free Sky box (installation fee may apply). Now TV does not come with a Smart Box device, so watching Now TV would require the additional purchase of a Now TV device (prices range from £14.99 to £45.99). Before you splash out, you may already have a compatible device. Now TV supports over 60 devices including: iPad, iPhones, Samsung Smart TV’s, Apple TV, PS4, Xbox One, EETV, LG Smart TV’s and more. The key feature missing from Now TV is the ability to record streamed TV - less of a problem with TV on demand, but there’s no guarantee your program will be there when you want it. Sky however is the master of TV planning and recording, so if recording TV programs is important to you, Now TV may not be the best option.

Can I watch BBC and ITV on Now TV?

If you want to watch freeview channels, this can be done via apps like: BBC iPlayer, ITV Hub, My5, & 4OD, which are built into the NowTV Smart Box. Other paid TV services like Netflix are also available via apps (additional subscription required).

How do I switch my broadband to NOW Broadband?

Switching your broadband provider is a less painful exercise than it used to be. Before you begin the process, it's definitely worth making sure that you're outside of your contract tie-in with your current broadband provider. If you aren't then you will face a financial penalty and will probably be required to pay for each month that you have left on your contract. If you would like to switch to NOW Broadband and your contract has ended, there is no need to contact your existing supplier. The switching process will be triggered by NOW Broadband. The exception to this is if your current provider is Virgin Media. In this instance, you will need to contact both NOW Broadband and Virgin Media to co-ordinate the start of your new service with the end of your old one. If you're ready to start looking for a NOW Broadband deal, just enter your postcode into our broadband availability checker to find the best deals in your area.

1.4
94 reviews
Post review
Your review is waiting for approval from FasterBroadband.

NOW broadband review
by Marc 4 days ago
Worst company ever
Review
Price and package may lure you're in but don't be fooled. These guys are the worst company I've ever had to deal with and I work in telecoms! The people on support are dreadful and remind me of Little Britains 'computer says no' sketch!
Show more
Your review is waiting for approval from FasterBroadband.

NOW broadband review
by Peter 13 days ago
Do not use this company for broadband
Review
DO NOT USE THIS COMPANY.
I signed up to Now Broadband after seeing them on a comparison site. I wish I hadn't.
I waited weeks for the broadband to be set up, and was then told an engineer needed to come out. First, the engineer turned up unannounced and didn't have the right ladder to set us up. The day after, another four engineers arrived and got us sorted.
The internet was good for four days, until it was cut off. When I rang them, it turned out our order hadn't been placed properly, and I was told it would be sorted within 24 hours.
I rang back a day later, and was told actually the whole order needed to be re placed, which would take a week (even though it worked fine one day before).
This was supposed to happen on 27th July. When I phoned to confirm it today (26th), it turns out I'm now booked in for early August.
So we're out of pocket, I'm spending half my life waiting for engineers or speaking with call centres, and still have no broadband to allow us to work from home.

Shocking service, useless company, do not use.
Show more
Your review is waiting for approval from FasterBroadband.

My father is 92.
He wanted to change to NOW broadband to save a little money.

They failed to process the order in January.
In February they started a transfer, this was to be made on 11 March.
They did not request a working line transfer until 14 March. 3 days late.
So the phone went dead.

Because they were late the telephone number was put into quarantine.
So a 92 year old is expected to change all his contacts at the hospital, doctor, bank, credit card etc to suit NOW.
Openreach and OfCOM say the number is preserved and available, but the current provider has to sort it out, instruct (and pay for) a 'manual' transfer.

After a month, and many calls by mobile, they actually got the connection working.

Their supervisor in Londonderry, offered 3 months free of charge as compensation.
What they actually did was take £33 a month instead of £18 every month.

When he complained about overcharging they deducted £15 from his bill, then said he was in arrears, and disconnected his broadband.

NOW never reply to any emails.
The CEO Marina Storti appears to not exist.
In short, they are a shower of s***.
Avoid at all costs.
Show more
Your review is waiting for approval from FasterBroadband.

NOW broadband review
by Richard 2 months ago
Cheap but not worth the hassle!
Review
I opted for Now broadband as they were the cheapest provider, they say you get what you pay for and I was prepared for maybe slower speeds or not so active customer service but the reality was worse. On our go live date the engineer arrived on time and done his thing, it didn't initially work but we put it down to it being the go live date and it might not be active just yet. 24 hours pass and it is still not live, getting hold of someone from Now to organise another engineer visit was incredibly hard and slow, all in it took 6 days for them to rectify with many phone calls and speaking to people who seemingly don't have the rights to fix/book anything unfortunately. Once up and running the broadband solidly delivered the speed advertised so its a thumbs up there, however we do get more minor outages than our previous provider (BT) but there could be other things at play there.

Due to our delay going live we believe we are due 6 days auto compensation which you guessed it never materialised. When questioned on it they claimed it went live on time just didn't work for 6 days (which I feel has set them up now for a higher rate of compensation under loss of service!!). Long story short it is now with Ofcom as Now's complaints team refuse to accept it and are giving conflicting responses.

Overall they may be the cheapest but it certainly hasn't been worth the bother!
Show more
Your review is waiting for approval from FasterBroadband.

NOW broadband review
by Lewis Fairbotham 2 months ago
Worst customer service ever experienced
Review
Honestly the worst company I have ever interacted with. The company is structured so that you can't contact the people booking the engineer appointments. Even if it's less money, it's not worth the hassle/inconvenience of going with this provider.
Show more
Your review is waiting for approval from FasterBroadband.

NOW broadband review
by Maria 2 months ago
If you love incompetence and ignorance order Now
Review
If I could give -100 then I would. Placed an order. Asked for the service to be supplied in my new home, but the hub to be sent to my current address. I wanted to have the hub arrive at my current address so I would be able to accept the delivery and have my internet available for the day I moved. Apparently they did this. I logged in to check on the hub delivery and it was being sent to my new address, 503 miles away. Called to have the address changed. Clearly that was stupid of me to think that was an easy fix. Had to cancel my order because the hub delivery address could not be changed!!!!!!!!! I was told if I placed another order, my internet active date would be 6 days later to what I had ordered. That is utterly idiotic considering my date was already booked. Ended up complaining. A manager was supposed to call me today, but obviously that was far too much work. Called just before 5 to find out when the manager would call and I was told I could get my chosen date. Placed another order. Then I got an email with them delaying it 4 days. Called and complained again. The agent, for the third time, requested a manager to call but he could not amend my active date. Again I cancelled. BT can get me online the next day, and I do not get why it was impossible to change my hub delivery, nor keep my original date. Apparently the manager who couldn't be bothered to call me today will call me tomorrow. I have a feeling hell may freeze over first. If they are this incompetent in placing an order, I've had a very lucky escape. I would rather pay an extra £5 a month to BT than deal with this incompetence, inconsideration and pure ignorance. Good riddance.
Show more
Post Your Review