Is Sky Broadband any good? 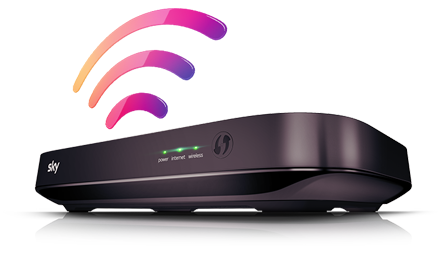 How do I switch my broadband to Sky?

Before you begin the process, it's definitely worth making sure that you're outside of your contract tie-in with your current broadband provider. If you aren't then you will face a financial penalty and will probably be required to pay for each month that you have left on your contract. If you would like to switch to Sky broadband and your contract has ended, there is no need to contact your existing supplier. The switching process will be triggered by Sky. The exception to this is if your current provider is Virgin Media. In this instance, you will need to contact both Sky and Virgin Media to co-ordinate the start of your new service with the end of your old one. If you're ready to start looking for a Sky broadband deal, just enter your postcode into our broadband availability checker to see what Sky broadband deals are available in your area.

Can I keep my telephone number if I switch to Sky broadband?

How long will it take to switch my broadband provider to Sky?

From the moment you order your new Sky broadband online to the date of installation is usually no more than 14 days. This does not mean that you will be without service for 14 days. The switch over process is normally completed within a few hours on the date of installation, so internet down time is minimal. If you don’t currently have a phone line, or are currently with Virgin Media, then this will delay the process as the broadband switch over cannot be completed until a phone line has been installed.

Will there be any loss of service if I switch to Sky broadband?

The good the bad and the ugly. Read honest Sky broadband reviews.

Sky broadband review by Janet 1 year ago
Your review is waiting for approval from Fasterbroadband.
Review
Sky TV is without doubt the best ISP we have used. The billing is easy to understand and the website is simple to find what you need. Always seem to have offers for existing customers. Was going to switch to try and save some money but having read the other reviews will stick with Sky.
Show more
1 people found the following review helpful
Be careful of sky

Sky broadband review by Lynsey 1 year ago
Your review is waiting for approval from Fasterbroadband.
Review
I've been a loyal customer to sky for 19 years and the prices have gone up terrible now when I said I was leaving them there reply that's fine and you ask to speak to a manager it's either ones not available and they will ring you back when available and don't or you have to be stern with the customer service advisors as they just keep say why all the time even though you have told them why 5 times before. The customer service is so rude I won't ever go back to them again. Unfortunately If I could give you no stars all over I would but guess you wouldn't like getting no stars in everything.
Show more
0 people found the following review helpful
Abysmal

Sky broadband review by Ashraf 1 year ago
Your review is waiting for approval from Fasterbroadband.
Review
Abysmal service. They have been charging higher and higher fees year on year. Then threatened to join another provider and they agreed to reduce the fees by over 70%. Agreed one thing in writing with them and now they are claiming higher fees using feeble excuses. Once you sign with them then it's extremely difficult to get out as they have t&c's within t&c's. Will leave as soon as I can and NEVER return
Show more
0 people found the following review helpful
Rubbish

Sky broadband review by Junaid 1 year ago
Your review is waiting for approval from Fasterbroadband.
Review
Been on this sky broadband for 4 years and its been the worst service ever. internet gets cut out in the middle of the night for no reason and when my internet stops working it takes them 3-4 weeks sometimes for sky to fix the problem. I requested a home move for 2 weeks advance and asked for my internet to stay on until then. the next day my internet gets cut out. when i phoned about the problem ive been told nothing can be done and the internet wont get turned on. i try to explain that is not what i want or asked for but the rubbish manager that i spoke to said he will look back into the phone and see what was said. but even so what is the point. i wanted to cancel my move with sky and let the contract run out with them which expires next month but they wont even let me do that. managers do not know how to speak to a customer aswell some being very cheeky. in the area i live in no they is no other services thats why we choice and stayed with sky but after today i am happy after 4 years i will be leaving
Show more
1 people found the following review helpful
rip off company

Sky broadband review by barry 1 year ago
Your review is waiting for approval from Fasterbroadband.
Review
rip off company tried cancelling over 2 years ago, thought account was now closed as spoke to many people at sky, now they have pased on to a *third* debt recovery company even after sending me letters every few weeks : come back to Sky! no Way!!!!
Show more
1 people found the following review helpful
AVOID!

Sky broadband review by TW 1 year ago
Your review is waiting for approval from Fasterbroadband.
Review
Been with Sky 2 years now and all i can say is avoid them if possible..

1. Their customer service is shocking, were i don't mind if companies want to outsource their call centres at least have them understand basic English, The amount of times i have called over problems to get through to someone who can barely understand what i am saying, and its not fair on that poor sod that answers, can't understand then gets hail of abuse hurled at them down the phone(not me personally) but i know they probably get both barrels.

2.Download speeds are rubbish, i'm on one of the faster connections they do and for a 20gb game i can be waiting hours for it to download, where i have timed it with friends and family who have very similar speeds(different isp's) and it takes then quarter/half the time, and thats from a cable connection to my pc not even wifi.

4. Call prices are extortionate. Was actually charged £15 for a 40 minute call to a FREEPHONE number.. yes freephone, which i have called from mobile many times with no credit.

5. Only billing option is debit card, so if 1 month for any reason your bill may be late even by a day or so, you can't remove your card or they cut you off, so it's either bank charges or remove your card and be cut off then incur late fee's. recently experienced this myself as swapped jobs and had other priority bills to pay, rang spoke to sky to see what could be done which was basically nothing other than getting cut off and incurring late fees of £20, which i will hand it to them , they did remove after i explained the situation to the manager.

6. The only other real plus i can add is when they have been working in the area and iv'e had lost service they have knocked money of the bill or given certain services that were affected free for that month.

If you have virgin or any other provider in your area go with them, if you can only get sky as in my case(area i live is rather remote so no virgin) then i hope your experience is a lot better than what i have had with them

Sky broadband review by Disgruntled customer 1 year ago
Your review is waiting for approval from Fasterbroadband.
Review
Phoned them to complain about having no internet, to be told the fault is within the property and because we are out of contract it will cost £65 for an engineer to visit!!! I remarked about an engineer being around the corner for the last few days and it’s probably from them fiddling ( as this is common) and I’m not prepared to recontract and pay more money when I’m a paying customer..... Fuming ????
Steer clear Sky are a rip off

Sky broadband review by Nathan 1 year ago
Your review is waiting for approval from Fasterbroadband.
Review
No reason to complain. It just works!
Show more
2 people found the following review helpful
Post Your Review