Is Virgin Broadband any good? 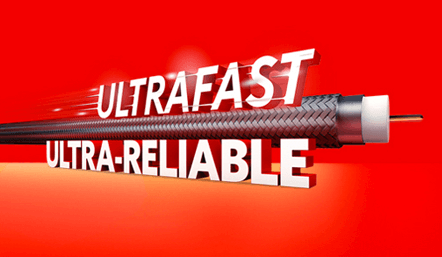 How do I switch my broadband to Virgin Media?

Before you begin the process, it's definitely worth making sure that you're outside of your contract tie-in with your current broadband provider. If you aren't then you will face a financial penalty and will probably be required to pay for each month that you have left on your contract. If you would like to switch to Virgin Media broadband and your contract has ended, you can go ahead and place your order with Virgin Media. If you don't already have Virgin fibre cable going to your property, an engineer appointment will be arranged for it's installation (if you are unsure about the disruption that installation will cause, you can arrange a pre-installation visit from an engineer). We recommend that you wait to cancel your services with your current provider until your Virgin Media appointment has been made. If you're ready to start looking for a Virgin Media broadband deal, just enter your postcode into our broadband availability checker to see which Virgin Media broadband deals are available in your area.

How long will it take to switch my broadband provider to Virgin Media?

If you and your property are new to Virgin Media, you can expect to be offered an engineer visit for fibre cable installation within approximately 14 days of placing your order. It may take longer if Virgin Media have to seek permission from the owners of other properties effected by the installation, for example in the case of shared access. If your property already has Virgin Media fibre cable, you could be eligible for their Quickstart service, which could see you up and running within as little as 4 days.

Can I keep my telephone number if I switch to Virgin Media broadband?

Can I get Virgin Media broadband without a phone line?

Virgin Media don’t use BT’s infrastructure, instead, they use their own cable network so you don't need a traditional copper phone line. Virgin can supply a broadband only package, but the best offers are for customer's combining TV, phone and broadband. Virgin broadband is not available to all properties in the UK but, if you're in a city or built up area, you are more likely to have the option of getting broadband without a phone line. Other providers like Vodafone, B4RN and BT have options of FTTP (Fibre to the Premises) which does not require a phone line.

If you switch to a Virgin Media residential broadband package you’ll be supplied with a dynamic IP address. This is standard practice with many ISP’s and is fine for most residential customers. However, those that require a static IP address for e.g. online webcams, security cameras or hosting their own webserver will need to switch to a Virgin Media business package. Virgin’s most basic business package doesn’t offer the option of adding a static IP address, customers would have to opt for ‘Voom Fibre 2’ or higher. The ‘Business Voom Fibre 2’ package is £47 + vat per month for a 350Mbps broadband only plan (minimum 2-year contract applies). If you want a free static IP address, we recommend Zen Broadband. Alternatively, Plusnet offer residential customers the option of a static IP address for free (£5 setup fee applies). However, neither of these alternative providers offer any TV packages.

Will there be any loss of service if I switch to Virgin Media broadband?

1.0
444 reviews
Post review
Your review is waiting for approval from FasterBroadband.

Virgin Media broadband review
by Anna 3 days ago
A terrible experience
Review
On discovering that the broadband cable to my house had been cut, I arranged for an engineer to come to fix it - he was very helpful, and explained the issue to me (a cable had been removed further down the line and would need to be "repulled"). After that initial positive experience, it's been all downhill. I have been on endless phone calls, and am always assured that an engineer is on the way, but after more than a month, no engineer has arrived. I've spent many hours on the phone, and many more hours waiting for the engineer. When I tried to file a complaint, within an hour I received an email to say that the complaint had been resolved but there had been no resolution from my point of view. When I tried to cancel my contract, I got passed from department to department until I arrived back at the start again (an hour and a half later). I would recommend steering well clear of this company!
Show more
Your review is waiting for approval from FasterBroadband.

Virgin Media broadband review
by zack 1 month ago
pre-installation terrible.
Review
won't come out to fix the work they have done incorrectly, i will NEVER use this company again.
Show more
Your review is waiting for approval from FasterBroadband.

Virgin Media broadband review
by A 1 month ago
Worst than I could ever have imagined
Review
Over two months ago I arranged for virgin broadband to be installed at our new home. Today, having never got internet I have had to cancel.

Their customer service is the worst I have ever dealt with. Their pre-installation team have no idea, and every person you speak to will say something different.

Today I took the day off work to wait for the installation. After multiple phone calls I was told they would need another 6-8 weeks to get planning permission.

They have wasted hours of my time.
Show more
Your review is waiting for approval from FasterBroadband.

Virgin Media broadband review
by Che Jackson 3 months ago
Worst service I have ever recieved.
Review
Worst service I have ever received. Countless promises made and none of them upheld. Take notes on every call because they do not uphold anything they say. I have been waiting for manager to call me back for 4 months and every time I call asking for a resolution I am told they need to arrange a manager call back. This loop has been going on for 4 months and it’s disgusting.
Show more
Your review is waiting for approval from FasterBroadband.