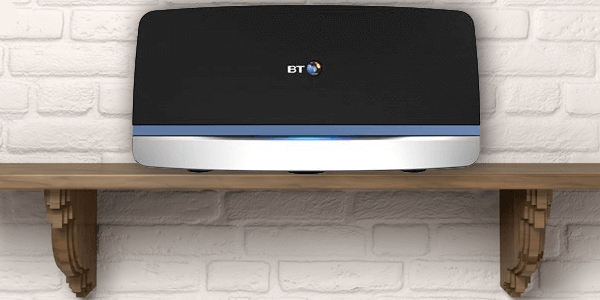 If your laptop or desktop does not support the dual-band technology, you can order the optional BT dual-band Wi-Fi dongle which will help to ensure that you are on the fastest connection possible.

Wi-Fi can work over two spectrum bands 2.4GHz or 5GHz. Most WiFi routers transmit at 2.4Ghz but computer giant Apple have been producing dual-band Wi-Fi products for a while. Their first dual-band AirPort router was launched in March 2009. Nearly all Core 2 Duo Mac's have dual-band Wi-Fi built in. The iPhone 5 is the first Apple Smartphone to make use of dual-band Wi-Fi. This technology can also be found on selected smartphones like the HTC 'One SV' and the Samsung S3 mini and is supported on several tablets including; the Samsung Galaxy Note 8, Apple iPad and iPad Mini.

The problem with Wi-Fi routers that operate in the 2.4GHz frequency range is that they are open to more interference problems. The 2.4Ghz frequency range is cluttered with many unwanted signals from items like microwave ovens, cordless home phones, baby monitors and bluetooth devices which when in close proximity can disrupt your broadband connection. This is where the new BT Home Hub 4 can help. If you have a Wi-Fi device that is capable of dual-band it will automatically select the most suitable frequency. If you are close to your base station it is likely to automatically select the 5Ghz range as this will give you a faster smoother connection with less interference. The disadvantage of using the 5Ghz spectrum is it's not as effective through walls and over distance. So, for example, if you try to connect to your Wi-Fi from the garden, the BT Home Hub 4 smart router is likely to automatically switch over to the 2.4Ghz range.

What else is new on the BT Home Hub 4?

As well as the main new feature of dual-band Wi-Fi, the BT Home Hub 4 also supports automatic connection. To connect a new device just press the WPS button on the top of the hub to allow connection without the aid of a password. The new ultraslim BT Home Hub 4 also supports a faster processor than its predecessor. So, transferring files from one computer to another on the same network or watching a film streamed from one device to another can be done more seamlessly. BT have also made it thin enough to post through the letterbox so you don't need to wait in to receive it - Genius! Thinking of switching to BT? Read our BT Broadband reviews